We develop regions to revitalize people’s livelihood and propose solutions for demographic aging, healthcare, culture, tourism, job creation, local industry and human resource development. Thus, we create a virtuous cycle between the environment and the economy. 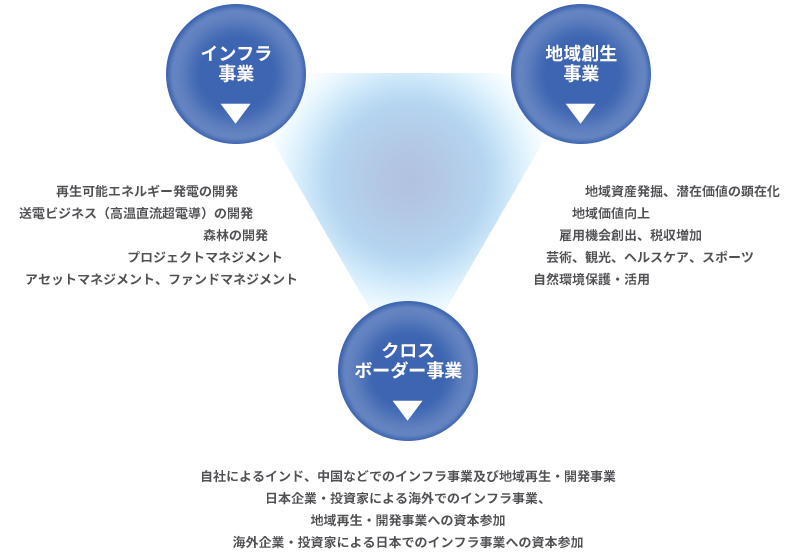 
The utilization of the former largest coastal salt field that had been a negative legacy for Setouchi City for more than half a century
In 2012, Setouchi Kirei Future Creations LLC (SFC) responded to the Request-For-Proposal by Setouchi City to bring the financial power and management ability of private companies to utilize a vacant area once used as the Kinkai Salt Field. Setouchi Kirei Future Creations LLC was chosen from 17 proposals to lead the planning for the utilizing the former Kinkai Salt Field.

Large-scale project integration, execution and financing
KUAM gained the trust and was recognized as having a rich business network by both national and local governments. KUAM promoted the development of this large-scale project with Setouchi City, local and global companies and financed it with domestic and foreign investors.
KUAM arranged project financing with 28 financial institutions.

Designed the project structure to improve the safety and stability of the power project and preserve its natural environment
Construction completed in 2018, this large-scale PV power plant started operation. After completion of the project development, KUAM continuously works as an asset manager of the project.

KUAM is the representative of Chifuri solar SPC and is managing the SPC as an asset management company. 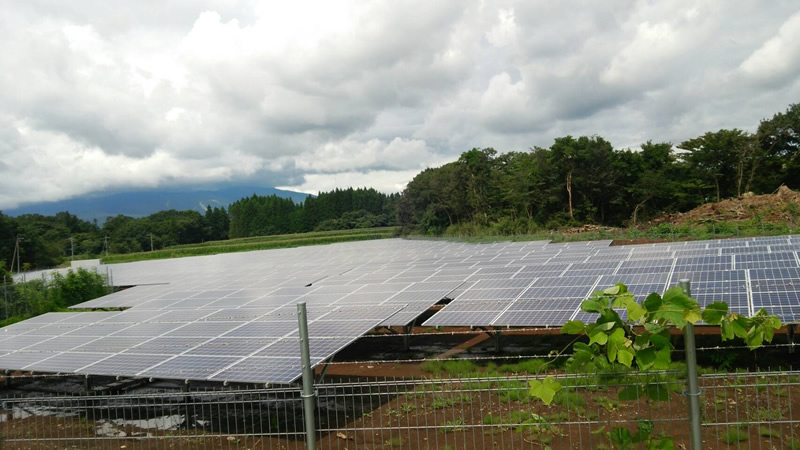 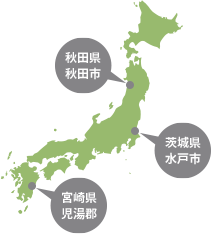 Ｉbaraki Prefecture and Mito City issued a request-for-proposal to develop land that was left undeveloped due to a failed construction project in 2010. The SPC established in August, 2010, for 89 hectares of land and the solar project at the time was one of the largest in Kanto at 30 MW

After the feed-in-tariff program was introduced in July, 2012, we analyzed to solve this local problem through the modulation and negotiation of local interests including locals, government and businesses.

In our proposal we reflected the request from inhabitants to protect the greenery and emphasized safety, so in 2011 the project was selected to be a renewable energy power generation plant subsidized with the reconstruction measures business expense subsidy from the Ministry of Economy, Trade and Industry (METI).

In January, 2013, the project was sold to Japan Renewable Energy Corporation.

The fundraising for both power plants includes investment by a fund established by the Ministry of Environment for regional low-carbon investment projects and loans were provided by local financial institutions.

Cooperating with the local government and forest owners we created a supply chain to maintain a supply of local unused thinned woods and forest scraps for fuel use resulting in the preservation of the forest and contributing to a sustainable economy.

In July, 2015, Kuniumi Woody Biomass Corporation carrying out above two projects was separated from KUAM and in July, 2016, all stock shares of it was given to a third party. 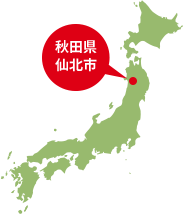 In July 2016, Kuni Umi acquired the business from Bunanomori Tamagawaonsen Co.Ltd. which filed for bankruptcy protection under the Civil Rehabilitation Law in April 2015 and received a supervision order from the court.

Revitalizing the business stagnated partly due to the aftereffects of the 2011 Great East Japan Earthquake.

Kuni Umi will focus on the improvement of the facilities and service and aim to revitalize the regional economy in the whole north Tohoku area by a place branding method. 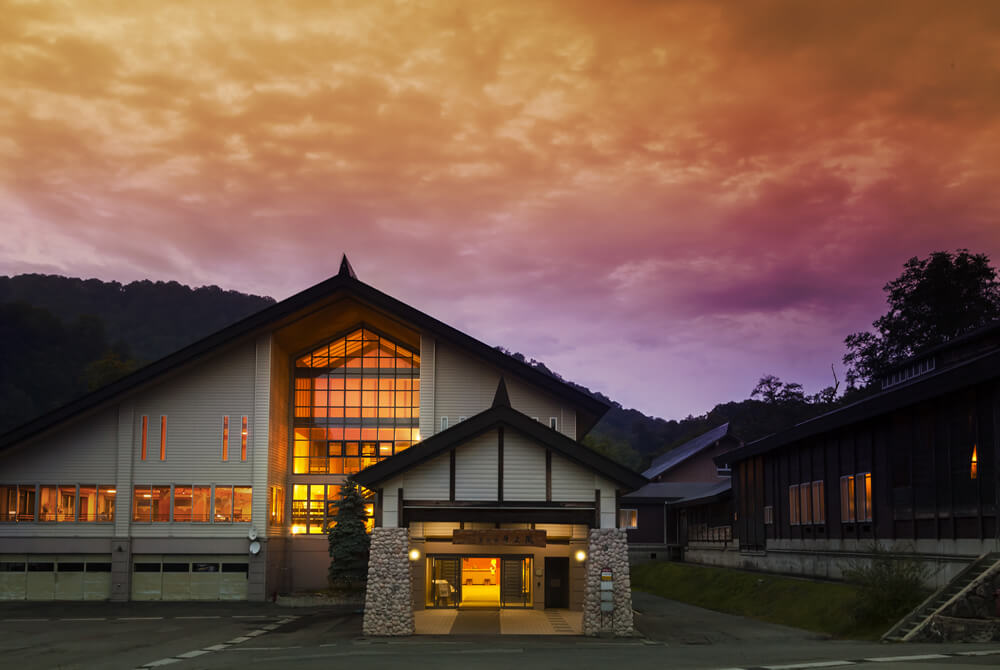 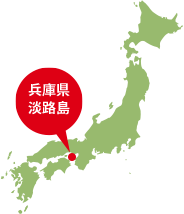 We proposed the sustainable-growing region model, which enhances the quality of life and the amenity for residents there.

We also encouraged the development of each area and business projects in light of energy, food, agriculture and living, leading to the Awaji Island’s CSZ designation in December 2011. To form a Japan-China-U.S. economic alliance from Japan-China friendship centering on Sun-Based Economy 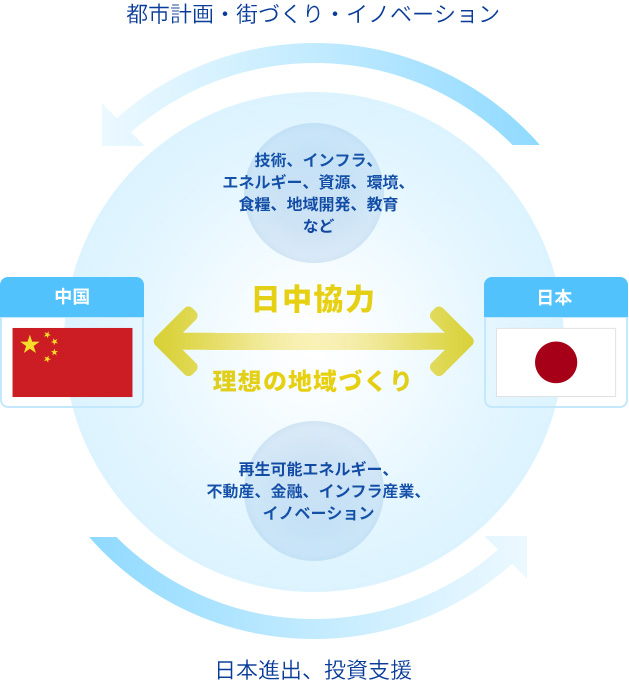