A global company that benefits nations, companies and people all over the world through realizing Sun-Based Economy that enables global prosperity.

Realization of Sun-Based Economy will utilize the supply of energy, food, water and environment to people all over the world creating a sustainable economic system.

In Japanese mythology the Gods Izanagi and Izanami give birth to the islands of Japan in the story of “Kuni Umi.”
Sun-Based Economy is a new industrial revolution that is expected to develop in rural areas and spread throughout the world.
In order for this revolution to come true, like in the myth “Kuni Umi,” we will develop Sun-Based Economy in a rural area to provide energy, food and water and then this system will spread to the rest of the country and finally the world.
We treasure areas where people live and promote the creation of an ideal country where both urban and rural areas are prosperous. 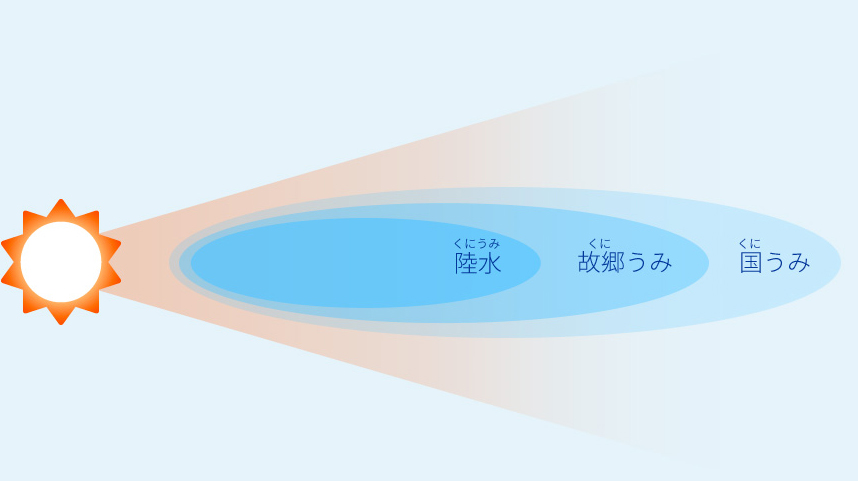 The sun provides light, heat, water and air which are essential for creatures, plants and foods.
Renewable energies such as solar, hydro, wind, geothermal and biomass are all natural gifts created by the sun.
Annual energy consumption by humans equal only one hour of sunlight and it will exist for another four billion years creating an endless source of energy. 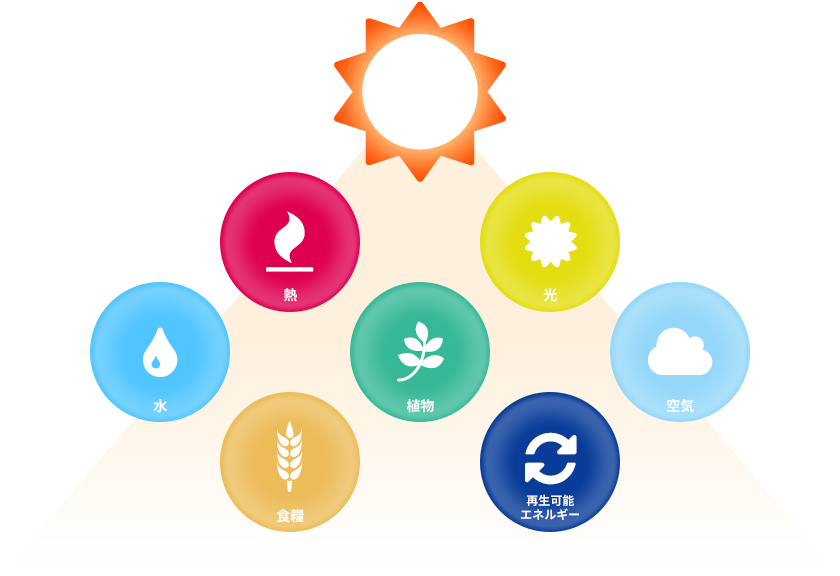 If we realize these gifts as one systematic source, it is possible to coexist in mutual prosperity.

From petroleum-dependency to Sun-Based Economy

Even in the 21st century, regional conflicts continue and inequality is increasing. As global warming and the environment worsens there is an apparent scarcity of water and food throughout the world today. This phenomena has its roots in the present economic system that creates conflict over natural resources but a change in this basic economic system can lead to greater peace and population increase.

Base of the economic system

Situation of the society

Competitive society
Limit to grow
Destruction of
the environment

Base of the economic system

Situation of the society

Sun light use as a renewable energy for electricity generation can connect each area with the power grid creating greater efficiency use at lower costs.
Renewables, infrastructure, desalinating and water purification can enrich rural areas and decrease inequality in the future.
Sun-Based Economy enables us to take advantage of renewable energy and secure foods and water with the help of Japanese technology.
This reduces the risks of fossil fuel exhaustion, shortages of food or water and global conflict.